The Hungarian Cultural Centre, in association with Mosoly – Hungarian Families Group, is delighted to host an afternoon of story-telling for children featuring one of the most popular Hungarian children’s authors, Erika Bartos.

Erika Bartos graduated in architecture but after the birth of her children she started telling and writing stories. At first she only told her stories to her own children but due to encouragement she received from her friends she now shares her stories with wider audience, which has became a huge success.

She encouraged and greatly contributed to post-communist children’s literature in Hungary. Her books are special in the sense that image and text come together and convey a comfortingly harmonic world. She has published several children’s books, among the most popular ones are berry and Dolly and the Anna, Peti and Gergő series. She does not only write the stories but also illustrates them. The poems of Erika are also widely known and several bands turned them into songs. The series of Berry and Dolly has been published in the Czech Republic, Romania, Slovakia, China and Turkey. Kedd Animation Studio made a cartoon out of the series, which is the first animation series in Hungary since 1989 and has also been the most successful Hungarian cartoon recently. The film has won an award in China and it was shown at the animation festival in Tokyo.

Erika Bartos has been widely recognised and won numerous Readers’ Choice Awards. She also uses her architectural studies in her story Hoppla, where she presents Hungarian architecture in a language accessible to children.

From the beginning of her career Erika Bartos has actively engaged with the issues of children with disabilities or those suffering from serious illnesses. Her books brought happiness to these children. In her stories the importance of acceptance, assistance, equality and support are always key issues.  She often has story-telling programmes for children with special needs and her stories and illustrations are always welcome by all. Erika supports the kindergarten for the blind and visually impaired the institution of deaf and hard of hearing, the disabled children’s house. She is also in close connection with the Down Syndrome Association, and with the institution for children with mental disabilities and autism. Some of her books were published in Braille writing and her stories can be watched in sign language. Erika’s book Courage Test is specifically written for children with cancer or leukaemia with the aim to give them strength and courage to deal with the challenges of their medical treatment. She has also published a book for children with heart problems. 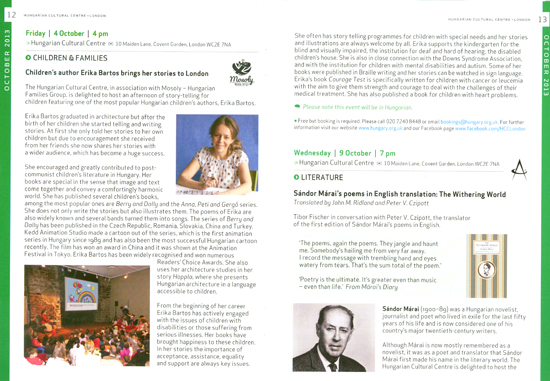 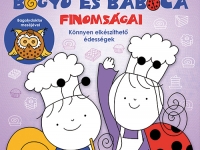 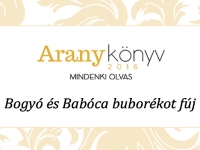 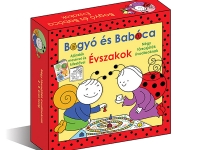 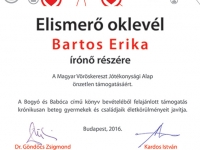 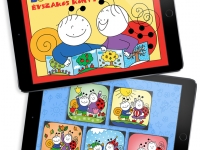